Continuous filmmaking from 1946 till today 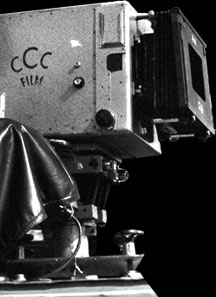 In the year 1946 Artur Brauner founded the CCC (“Central Cinema Company”).In the 70 years of their existence the CCC produced approximately 260 motion picture films.In Artur Brauner’s 1948/49 established CCC Studios, far more than 500 films were produced; even large Hollywood productions like “Dschinghis Khan” were amongst them.

Over 500 staff members were employed at the CCC studios, during the “golden fifties”, helping Berlin’s reputation to become a major synonym as a film-making city.

The subsidiary “CCC Television” produced several hundred hours of programming not only for the for the Second Channel of national German Television, but also in addition for many other German channels, like the SFB, RTL, etc..

In 2003, Artur Brauner received the “Golden Camera” for his lifetime achievement from the “Berlinale” committee.
Furthermore he was awarded the “Bundesverdienstkreutz erster Klasse” (“Order of Merit”), the “Kavalierskreutz des Verdienstordens of the Polish Republik” (Service Medal of the Polish Republic”) in 2004, and he was appointed Professor h.c. of the Interamerican University of Humanistic Studies.

His movies “Bittere Ernte” (“Bitter Harvest”), “Hanussen” (“Hanussen”) and on the American side for the film script: “Hitlerjunge Salomon” (“Europa Europa”) were nominated for the “Oscar”.

The Italian/German Co-production “Der Garten von Finzi Conti” (“The Garden of Finzi Contini”) received the “Golden Bear” in 1970, and two years later, in 1972, it received the “Oscar” for the category best foreign movie.

“Kampf um Rom” (“Fight for Rome”) (1968) is regarded as the most expensive film in the history of postwar Germany.

Jack London’s TV serial “Goldrausch” (“Gold Fever”) (1993) was the most high-priced series production ever made in the history of German television.

Artur Brauner is the worldwide only film producer to produce 24 feature films about Holocaust victims.

In 2021 we will celebrate the 75th company anniversary.