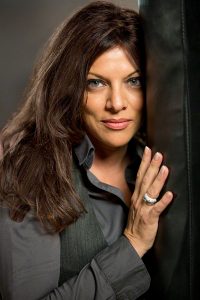 BIOGRAPHY AND FILMOGRAPHY OF THE PRODUCER DR. ALICE BRAUNER

After working as an editor for various print media, she became an interviewer and contributor for the Survivors of the Shoah Visual History Foundation; the foundation, of which Steven Spielberg is an honorary chair, archives audio-visual interviews with survivors of the Holocaust. This was followed by her graduate dissertation for the Center for Anti- Semitic Research at the Technical University Berlin about anti-democratic and racist tendencies in the neo-right wing in Germany. In 1999, she became a TV presenter, first for TV-Berlin, then for n-tv.

Today she is an executive board member of CCC Filmkunst GmbH and CCC Filmstudios and active as a producer for film, television and web productions.

She produced her first award-winning motion picture as an associate: THE LAST TRAIN (DER LETZTE ZUG). In 2009, she produced SO EIN SCHLAMASSEL for ARD Degeto and awardwinning motion pictures like WUNDERKINDER and TO LIFE! / AUF DAS LEBEN! (2014)  In 2013 she produced – as one of the first female producers in Germany – the sitcom MISSION HOUSEMEN solely for the Internet for the streaming portal MyVideo.

In 2017 her documentary film MARINA, MABUSE AND MORITURI – 70 Years Of Postwar German Film celebrated its premier at the goEast!-Festival in Wiesbaden.

Furthermore, she and her team develop ambitious cinematic material, handle the licensing business and are also attending to the digital preservation of the classics (e.g. THE 1000 EYES OF DR. MABUSE) and the marketing of the own CCC film studio in Berlin-Spandau.  As a studio owner of the 70-year-old, recently refurbished CCC film studios, she was able to win the first German Netflix series DARK (2018) for her studios. Followed by a wave of outstanding series and film productions such as KUDAMM 59, EIGHT DAYS, AS HITLER TEELED THE PINK RABBIT, the Sat.1.-Daily EVERYTHING OR NOTHING, parts of the Netflix Series UNORTHODOX and QUEENS GAMBIT such as the third season of the ZDF series KUDAMM 63.

In addition to numerous awards for her films, in 2012 she received the Romy as bestproducer of a German cinema film, in November 2017 she received the Veuve Clicquot Business Woman Award for the most courageous and most innovative entrepreneur in Germany and in 2019 the RHEINGOLD Audience Award at the Festival of the GermanFilm Ludwigshafen am Rhein for her cinema production CRESCENDO #makemusicnotwar. Further national and international awards followed in 2020, as the Cinema forPeace Honorary Award.

She produced the culture-clash-comedy MATZE, KEBAB UND SAUERKRAUT, which was broadcasted on the TV-Channel ZDF in 2020. She is currently developing a TV-production about WERNHER VON BRAUN and a feature film THE MAN WHO DEFEATED HITLER (DER MANN, DER HITLER BESIEGTE) which is based on a true story.

Since 2019, the educated journalist has been appearing again in front of the cameras, and hosted the new TV format “Pictures of History” for the well-known TV-station “Phoenix” together with Yves Kugelmann, she additionally embarked on a discovery journey through Europe in the renowned ARTE two-part series JÜDISCH IN EUROPA (an AVE production). 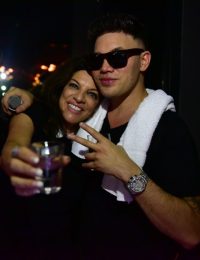 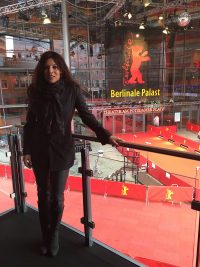 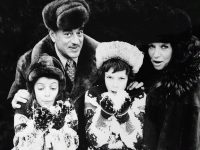 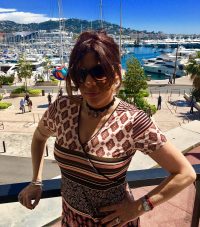 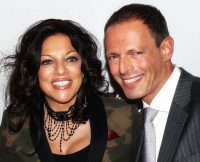 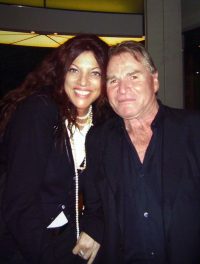 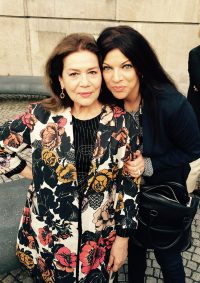 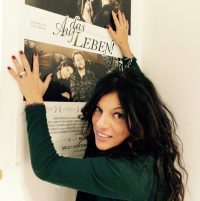